Though there are fewer workers’ compensation claims made in restaurants, injuries are still fairly common.

When most people think of a workplace injury, they imagine a tough, physical industry like logging or manufacturing. This picture is a reasonable one, given that these jobs are some of the most dangerous ones in the United States. What people often do not think about is less physical jobs. Though their injuries are less frequent and usually less severe, these other industries have injuries of their own. One of them is the restaurant business, which has a surprisingly high rate of workers compensation claims. In this article, we will go over common injuries, the hazards that cause them, workers’ compensation claims, and third party liability.

When you think about it, a restaurant is a relatively dangerous place. There is a lot of heavy lifting, fire, and people moving around in small spaces. Additionally, restaurants often become frantic during busy times, which makes everyone less careful. The following are a few of the most common restaurant injuries and what causes them.

Sprains, Strains, and Pulls – This general category of injury is usually caused by lifting. Whether that is boxes of food, plates, or anything else, restaurant workers are often asked to do heavy lifting. This can cause injury in the short and long term.

Bone Breaks – Breaking a bone in a restaurant primarily comes from falling or having something fall on you, both of which are somewhat common.

Cuts – Restaurant workers often use knives to complete their tasks. If they are a cook, that means using a knife to prepare food. For a waiter or cashier, they will still be around knives and other silverware constantly. This leads to cuts.

Hearing Loss – Anyone who has worked in a restaurant knows that they are often very loud. Between patrons, coworkers, and the constant clang of kitchenware, there are a lot of noises that can take a toll on your hearing.

Burns – Unless you work at a salad bar, your restaurant job will likely expose you to fire. These fire accidents lead to various degrees of burns.

Though there are fewer workers’ compensation claims made in restaurants, injuries are still fairly common. If you are ever injured at work, it is a good idea to speak with an attorney. Once you do, you can go through the process of making a claim. One thing to note is third-party liability. What this refers to is when your injury was the fault of somebody that is not your employer. An example would be being burned by a dysfunctional stove. In this case, the manufacturer of that stove could also be liable.

The best-case scenario for restaurant workers is to never get injured. If they work for a responsible employer and are very careful, they might be able to pull it off. Unfortunately, this is not always the case. An injury may occur, and when it does, it is a good idea to speak with an experienced work injury lawyer. 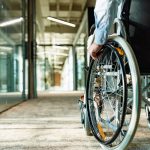 In some of the most severe workplace accidents, a worker may suffer a debilitating injury, leaving them dependent on assistive devices to do even the … END_OF_DOCUMENT_TOKEN_TO_BE_REPLACED 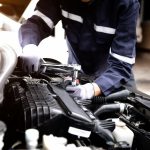 As a mechanic, if you suffer a work-related injury in the scope of your work, you’re generally entitled to workers' compensation benefits. On … END_OF_DOCUMENT_TOKEN_TO_BE_REPLACED