You are here: Home / Work Comp Blog / Will Workers Compensation Protect Me From Being Fired After a Work Injury?

Workers in Missouri can generally access workers’ comp benefits to cover their medical treatments needed for a work-related illness or injury.

While it’s almost impossible to know exactly what the number of Missouri employees who choose not to report their injury is, it is well-known that some workers are afraid to do it because of potential repercussions.

The biggest one is the loss of employment. Simply put, injured workers prefer to handle their needed medical treatment or ignore their systems rather than file a claim for compensation because they are worried they will be fired for it. And maybe this is exactly what happened to you. If so, what are your options?

Your employer cannot retaliate against you in any way because you filed a worker’s comp claim, and that includes:

So you may be at home on worker’s comp, and suddenly you receive notice you have been fired. So your first question may be ‘can my employer even do that?’.

If you’re fired because you filed a worker’s comp claim, that’s illegal. Workers comp laws protect you from this kind of retaliation. However, you may be on worker’s comp, and your employer fires you for another reason, such as downsizing.

What Are Your Options?

If you were fired as direct retaliation for filing a claim, you can then file a lawsuit against your employer. In order to be successful, it is in your best interests to work closely with a worker’s comp lawyer, because you will need to prove your employer only fired you for being on worker’s comp.

Now, you may be asking what stops your employer from firing you because you filed a claim, and only say they had another reason just to avoid legal repercussions? And the answer is, unfortunately, not much.

Missouri workers are hired under an ‘at will’ employment, which gives you or your employer the right to terminate the contract at any time, for any reason, as long as they don’t violate civil rights. This means your employer can claim just about any reason to fire you and protect themselves.

You can still file a lawsuit, and make your case in front of a judge. Again, to make a successful claim, it is highly recommended that you speak with an experienced attorney.

Workers’ comp cases can be extremely complicated at times, and it’s important to reach out to an experienced worker’s compensation lawyer for help, especially if you suspect you’ve been fired as retaliation. With a lawyer, you may file a lawsuit against your employer and win. 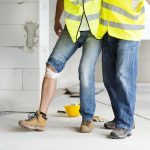 To maximize your chances of receiving the workers' compensation benefits you are entitled to, it is important to be familiar with these three crucial … END_OF_DOCUMENT_TOKEN_TO_BE_REPLACED 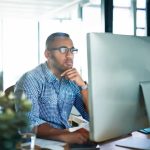 If you were injured at work and need to see a workers' comp doctor virtually, here are some tips you can use to make the most of your visit. Since … END_OF_DOCUMENT_TOKEN_TO_BE_REPLACED